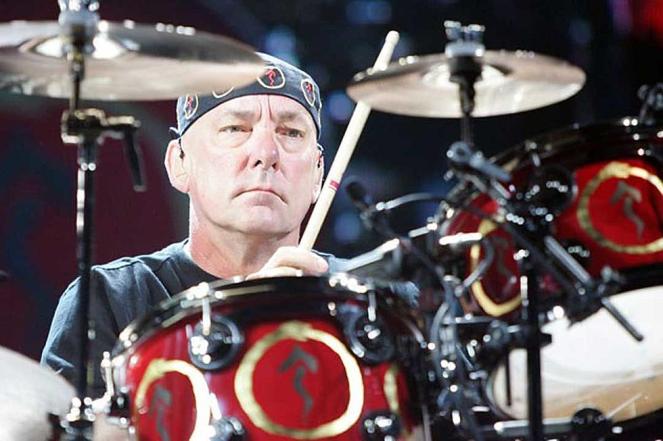 As a fan of the band Rush, it was with stunned disbelief when I read that Neil Peart passed away right after the new year.  Neil was a pro in every sense of the word.  After the announcement that he died from brain cancer, tributes poured in from fans, and fellow musicians.  His skills are legendary, and was a true master of his craft.

After joining the band on their second album, Fly by Night (1975), he quickly gained a reputation as a highly technical drummer, capable of generating so many unique and complex rhythms that would come to define the band.  Neil was also the primary lyricist for the band.  Their songs were deep and meaningful.  Ranging from science fiction, fantasy, mythology, psychology, the subdivisions within society, fear and prejudice leading to ignorance, the list goes on.

People can use Neil’s example on how to be a musician.  He was well respected for his teaching, demonstrating how to develop beats, how to perform fills, and everything drum related.  Those who wish to learn drums could not pick a better person to pattern their practice and drumming philosophy on, but more importantly, Neil’s example can transcend to life in general.

Neil commented that when he looked at the great drummers of the 20th century, it only made him want to be better.  Instead of seeing a drumming legend and feeling like he was unable to get to that level, he practiced harder.  He continued to develop and improve, and continued to experiment and develop, long after he was considered one of the greats.

On Test for Echo (1996), Neil radically changed his technique.  This was over twenty years after their first album.  While many may stick to what worked, diving into the same formula over and over, Neil wanted to get out of his comfort zone, and improve.

Through our personal and professional lives, we can enrich ourselves by learning new things.  Especially in a career, professionals can add value by learning and developing, especially after their mid-career point.  This can open up more opportunities to do new and exciting things, and helps to fight stagnation.  This will also lead to more progression and growth.  Those who continuously develop and improve are only investing in their career future.

Should Your Goal Be a Milestone?

Having goals in life and profession are important.  Are your goals sufficient, or should they be milestones?

Being a successful entrepreneur, or being a parent are great goals.  But should that be the end of the goal, or would it be better to not just be a successful entrepreneur, but to change the world?  Should you be a parent, or be the pillar of the family that will be fondly remembered for generations?  Always leave things open ended for continuous improvement.  Set a goal, but always ask what else.  Ask what can be done beyond just getting there.  Ask whether your goal actually just a step.  An important step for sure, but why stop there.  Neil pushed the boundaries further and further, even after being considered of the all-time greats, well before he retired.

Reflect on your life and goals.  Are you shorting yourself?  Continue to practice and push your knowledge and experience to the limits.  It’s always good to relax and enjoy down times, but keep the momentum moving.  Keep stepping forward.  Once you have reached a goal, smile and enjoy the successes, but can you do more?  Can you make more of a difference?  Are you at your all-time great?  If not, keep working at it.  If so, keep at it and push the boundaries forward.  While you’re at it, play some Rush and take a few moments to do some air drumming before getting back to work.  Neil would want it that way.

Take some time and enjoy some drumming excellence…