We live in a ‘now’ time. What will reap the fastest and quickest rewards, and what will we benefit from sooner versus later are the choices selected. A glance at the news shows just how prevalent this method of thinking has become. Decisions are based on what will have profits for the next quarter, not really focusing on what will happen five years from now. In politics, many tend to think, “What will get me elected for the next term?” or “What will benefit our immediate area?” What benefits one may be bad for everyone else, but in their tunnel vision mindset, that’s all they will see. Long term focus and big picture thinking does exist, but it’s just not as common as it should be.

My love of space exploration is no secret for those who know me, and for those who have read my prior blog posts. I find exploration, both in reality and in fiction fascinating. Many authors, especially those who write science fiction, have a mindset that takes current issues and ideas and reimagines them in a future or alternate reality. Science fiction greats, such as Asimov, Clarke, and Bradbury, posed serious questions in many of their stories, which required their readers to rethink the nature of things. Stories like these always force the readers to think big. Not just an adventure or a romance, but the nature of life in a technological dependent world, whether or not we give robots freewill and rights, or how we would cope with the encounter of an alien race from outer space. Bid ideas and inventions are common, but most importantly, the authors asked big questions.

Unfortunately, men such as Asimov, Clarke, and Bradbury, or even Sagan, Einstein, or Hawking are never the ones to lead organizations or governments. They are the visionaries that deal with the theories and use their minds to figure out what’s possible. The ones who lead businesses and governments today seem inclined to focus on the near-term. An important and necessary decision will most likely be pushed back or not addressed because the short-term consequences may impact things in a negative way. They tend to think not in tens or hundreds of years, but only in the next few. It may cost money up front, or it may not show immediate results, but perhaps in the long run, the decisions would have been prudent and visionary. A quick look at the climate change debate shows this mindset in action. Or how often in political discussions have we seen “pork” projects that give jobs to constituents for elected officials, but have a negative national impact. A region may be rewarded with contracts for equipment that will never be used, for example. For once, I would love to see true visionaries thinking about not just what’s good for now, but what’s good for the next hundred or even thousand years. Think big!

My favorite example of big picture thinking is each of the Voyager space probes. Launched in 1977, these space probes brought us the first really detailed and clear photos of the outer planets. I can still remember seeing the first photos of Saturn, Jupiter, Neptune, and Uranus from these two probes. It brought a sense of wonder and astonishment. We may only see what’s in front of us, but out there are amazing wonders waiting to be discovered. The Voyager space probes captured our imagination for a while, but have delivered so many discoveries about our little neighborhood in the grand scale of the galaxy. 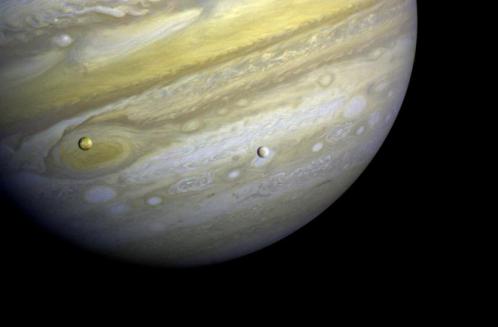 Voyager 1 didn’t officially leave the solar system until August 25, 2012. It took 35 years to finally get into what’s considered interstellar space. Traveling at its current speed, estimates of when it will have traveled far enough to pass our closest star is about 70,000 years. Nothing in space is small or short.

Science fiction authors have long since asked whether or not we are alone in the universe. Every year, more and more exoplanets are discovered, with a strong likelihood that there has to be life out there somewhere. There are an infinite of stars, and the odds are high the life is out there. Our little space probe, heading into the quiet and relative sparse interstellar space could take hundreds of thousands of years to reach out far enough to be discovered.

So why are the Voyager space probes a good example of big picture thinking? Easy, it’s the gold records attached to each probe. Each probe is winding down. Systems are still online and functioning, and by 2025, all power will be diminished. The probes will be forever dark and silent, but the gold records contain a sampling of our biology, culture, and history. It’s our official greeting on a galactic scale. The mission was to explore the solar system, and that was famously completed with remarkable success. But the vision continues as each probe heads out into the galaxy. Each of us will long have departed from this life, and perhaps the human civilization will cease before these problems encounter another civilization. Will Voyager carry information from an extinct civilization, or will we still be alive and well as our story is received? Will we recapture the probe and have it in a future iteration of the Smithsonian as we will have hopefully developed the ability to traverse the infinite distances between the stars? Perhaps a thousand years from now on an interstellar mission, we come across these probes as they quietly drift through the cosmos. Should we leave them to their mission, or retrieve them? I like to think we let them continue for the next eon or two and keep the vision alive. If the Voyager spacecraft were a project or product with today’s mindset, it would have had just enough power to reach Saturn, and what happened after was just bonus. What about the gold record with our greeting and our history? That would have been too expensive. Cut costs and only design to make last long enough. But with a little vision and big picture strategy, both Voyagers will carry our message for millions of years perhaps. That is the ultimate in big picture planning and execution. This is why the legacy of the Voyager space problems will endure not only in the scientific realm, but also showcases our vision for tens and hundreds of thousands of years. What a vision indeed. God speed Voyagers.