Memorial Day and Veteran’s Day are complete with all the pomp and ceremony befitting soldiers who have sacrificed for our country.  As a child, I fondly remember watching documentaries on our local PBS station, and still recall the images and descriptions while watching “G. I. Diary”, “Victory at Sea”, or “World at War”.  These programs were valuable in teaching the history of World War II.  I feel that my love of history was formed during these impressionable period of my life, and has provided me much value and context throughout the course of my life.

I often wonder how these soldiers functioned.  Having lived a relative life of luxury, at least in terms of safety, I cannot imagine the horrors of the war.  I ask myself if I could have done the same.  I have a hard time imaging how they lived in the mud and dirt, and am not sure I could have done it.  How would it be to have artillery shells exploding around you, or having machine gun fire rake through the ranks?  How would it be to claw into the dirt, trying to take cover, helpless as the explosions hit others around you?  The endless pain and suffering, having to see death up close, or having to take the life of others are things I have trouble comprehending.  I’m very thankful I never had to answer these questions from my own experience.

Of the many books I’ve read about World War II history, E. B. Sledge’s (1923 – 2001) “With the Old Breed: at Peleliu and Okinawa” is among the best.  It should be required reading for everyone, as it captures the sense of cost of battle.  Not glorifying fighting, or making trivial claims, it’s an honest and straightforward account of the ravages of war and the effect it has on the people fighting.  The book is simply a soldier’s experience in the 1st Marine Division and his experiences in two battle campaigns in the Pacific Theater against the Japanese army.

His descriptions are vivid, and very detailed.  I could sense his feeling of panic and desperation, and those he fought with.  I could feel the hurt of the losses of his comrades after all the years (the book was written and published in 1981).  As with many of these old veterans, they value their time in the military, but lament the concept of war.

A common problem I’ve seen over time is that people and history only seems to record the winners and losers, and a count of causalities.  Someone can read that each side suffered an estimated number of causalities, and they see the arrows on a map that shows the progression of the fight.  It’s difficult to know what happened to the soldiers involved.  The thousands of individual stories, many of which were abruptly ended before their time, are not heard nearly as frequently.  We rarely see how the war killed innocence, humor, and sanity.  So many suffered life-long ailments and problems stemming from the war.  The loss of these soldiers affected many back at home.  Parents would have to bury their children.  Wives would never get to grow old with their loved one.  Children would never know their father.  One loss could affect so many.  Some came back crippled.  Others came back a shell of their former self.  For those who came back, the front line soldiers all had something they left behind.

Sledge’s book focuses on the story of the soldiers.  He captures the pain and suffering, in environments that were rank with death and filth.  Imagine struggling on rough coral surfaces in 100+ degree temperature in very humid conditions.  Add in the smells of explosives, extreme rot, and excrement while struggling to just stay alive.  The battles were horrific.  The misery was beyond comprehension.

Everyone should read this book, especially the younger generations.  It’s easy to read in terms of language and how it’s written, but it’s very difficult to hear the conditions that so many fought in during the war.  The lessons of war should be remembered and taught.  Things are more political now than before, but we should all learn and honor our soldiers.  We owe them that much.

For those who sabre rattle, and only can think of fighting to solve all problems, you need to learn more about the wars of our past.  It’s much more than a figures on a page, or numbers in an account.  It’s more than the financial costs involved.  The losses of fighting are much more than we can imagine.  Sometimes war is a necessity, and we have to rise to the occasion to do what needs to be done.  However, we all need to seek the more peaceful path as the first choice.  For those who want to fight as the first option, then I suggest you enlist and lead the charge. 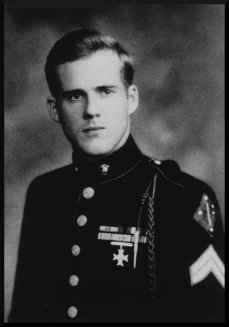