I grew up in south Florida, within reach of the Kennedy Space Center. As a child, I loved reading and watching documentaries about the space program. In particular, the golden age of the Mercury, Gemini, and Apollo programs. The actions of these guys were so heroic to me, and watching a documentary, or reading a book would always be entertaining and inspiring. Most of my friends paid attention to celebrities or athletes, as did I to a lesser extent, but I was always in awe of these astronauts. On clear days, I could see the Shuttle’s trail ascending into the sky. When watching it, the realization that people were on it, flying into space, never failed to impress.

The road to discovery and exploration will always be fraught with peril and danger. Many individuals lost their lives in this noble pursuit. Venturing into space is an exercise in overcoming obstacles that constantly pose a threat to spacecraft and crew. A false move by the crew, an error in calculation, or hardware failure, all could result in death. I was an infant at the time of Apollo 17, and would classify myself as a child of the Space Shuttle generation. I can remember our first PC in the early 1980s (IBM PC XT) and looking back to that time, the capabilities of this computer seem laughable. Push back another twenty years to the early 1960s, and engineers and scientists were designing equipment to not just launch into space, but to be able to navigate, rendezvous, and most importantly, return the crews safely back to the earth. The successes of the program during this time still astound to this day. They flew into space, landed on the moon, and returned safely home with computers that cannot compete against a laptop, or even smart phone today.

January 27th marks a sad day for our space program. The successes of the Mercury and Gemini programs provided much momentum heading into the Apollo program. The resulting attitude led to a “go fever” approach, and things were pushed forward at accelerated paces. Reckless decisions were made because of our confidence to overcome problems, and the never ending pressures to beat the Soviet Union to the moon.

The culmination of constant design changes resulted in an unsafe spacecraft. Constant design changes and growing confusion led to an inevitable outcome, essentially a perfect storm of changes, each creating an inevitable outcome. During a plugs-out test (a dress rehearsal without actually launching) shortly before the planned launch, the infamous spark from exposed and frayed wiring caused a fire. The design of materials were fire resistant, but in a pure oxygen environment, essentially everything would catch fire. Due to the hatch design to prevent accidental discharge, the exit process would take too long. The crew perished, suffocation being the actual cause of death. The Apollo program came to an abrupt halt even before it would get started. Astronauts Virgil “Gus” Grissom, Roger Chaffee, and Ed White were the first U.S. astronauts killed while in line of duty.

Every astronaut knows the risk of flying into space. The threat of death is constant when flying in space. The risk may be great, but the path to discovery and exploration is never easy. Traveling to space is dangerous and as much as the Space Shuttle missions made things seem routine, the danger is constant. Take the time to learn about, and honor those who have sacrificed in the attempt to discover new worlds and to keep discovering and exploring.  As we all are accelerating into an unparalleled technological age, and actions by NASA and science all have worked to help make this possible.

On this sad anniversary, take the time to keep the memory of the crew of Apollo 1 alive, as well as all those who sacrificed so much to keep our society heading and progressing to the future. January 27, 1967 was a sad day for the space program and the nation as a whole. Unfortunately, this would not be the last time crews were lost in the exploration of space. Through their sacrifice, the spacecraft was redesigned and paved the way for the eventual moon landings. Moments in time that will forever be preserved in our history. As long as our civilization exists, there will be that first time we entered space and the giant leap onto the moon. 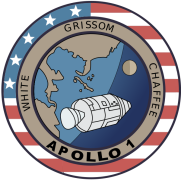 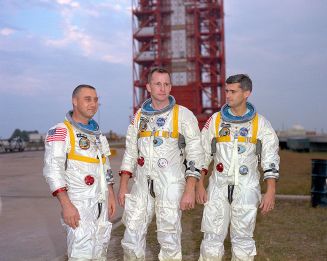 One thought on “In Honor of the Crew of Apollo 1”